In the previous article, we focused on the quality of the Leg, Feet and Torso (LFT) position and the implications that various postures can have for your balance, footwork, and force development. Examining a few sample stances provided us with interesting insights that can really help you to develop better defence skills.

It is really important that you develop a basic knowledge of how your leg, feet and torso position impacts what actions you can take and how you can react to the action as it unfolds on the field.

This basic knowledge is so important that I would like to summarise the key things that we have learned so far.

The first thing we learned was that our feet and leg position can create a negative domino effect in that one limitation in one area can lead to problems in other areas.

Adopting a stance in which your feet are a narrow width apart in combination with a parallel foot position is not advisable for several reasons:

The quality of the technical execution is, thus, reduced due to unfavourable working conditions.

Relying on this position will cause a negative domino effect that impacts your entire career. Your development will probably start to stagnate at an early stage because you will limit your ability to access the work conditions you need to perform effectively.

Comment:
As you have seen in this brief exercise, a narrow defending position will have many negative outcomes. However, this is not to say that you should never use it, and there are always exceptions to the rule.

It is important that you are aware that a narrow defending position also has a couple of advantages.

There are a few players who have built a successful career as a defender through the use of a narrow defence position. The one thing that many of these players have in common is that they are quick.

Players who can execute steps very rapidly can take advantage of a narrow defence position. They are able to find an optimal distance, turn their bodies in the defence direction, and use their speed to win 1v1 duels.

This is the same tactic players use in the side-on defending position. The difference is that quick players can use their natural speed and foot frequency, rather than force, to win the run duels.

That said, most players should avoid automating a narrow defending position because it will limit their movement and, ultimately, have a negative domino effect.

Players who can execute steps very rapidly can take advantage of a narrow defence position.

We have also learned that a good posture and foot position can actually lead to a positive domino effect.

Lowering your centre of gravity when your feet are angled, and the pelvis is open (large movement reflected in the hip) improves working conditions.

Your quality of technical execution will be better because you will be better balanced, will have greater power development, and will benefit from an optimum working position (the centre of gravity is vertically lowered).

The positive domino effect leads to better development and possibilities for a continuous progression due to good working conditions and a greater performance potential.

Comment
It is important to note that the domino effect applies to all defending positions.

The reason that defending positions are called Leg, Foot, and Torso (LFT) positions (in this order) is because these three factors are connected.

It is also important to be aware of your own strengths and weaknesses and to take these into account when practicing.


“The Ultimate Guide to Football Defence 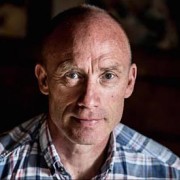